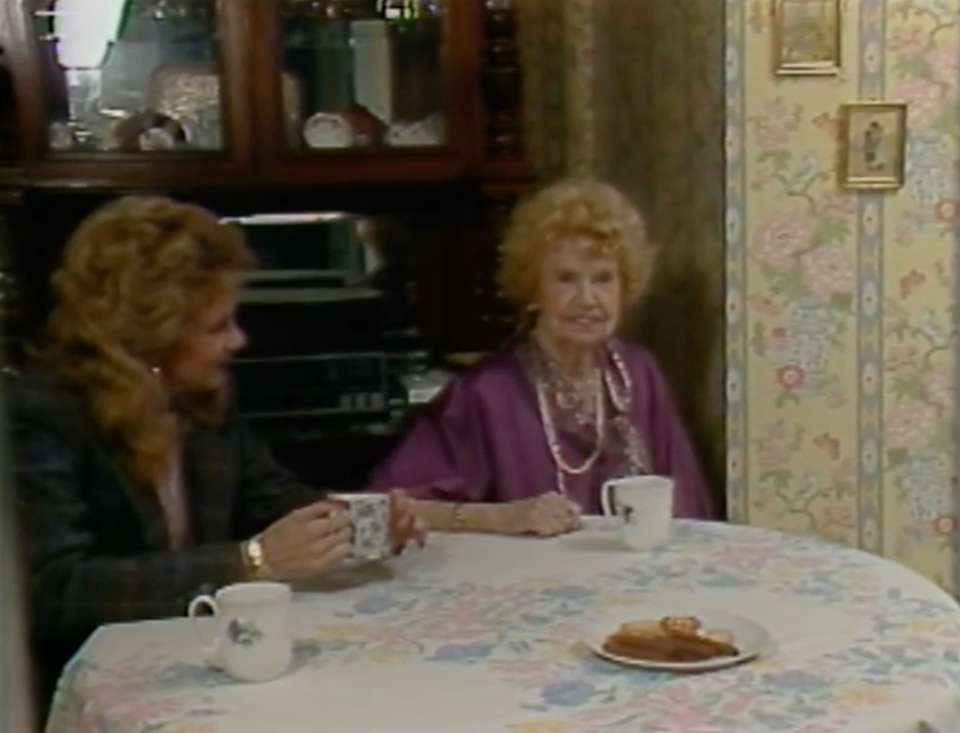 I don’t know if many of you know this, but I wrote Katherine: A Woman of Vision in 1982. I met Katherine when she was 79. I was 28 years old. I was introduced to her by my college friend, Michele, who had been a student of Katherine’s for some time. She told me about Katherine’s spiritual teachings and her psychic and healing abilities and about the groups Katherine held at her home in West Hollywood which were open to the public and free to attend.

Michele and I agreed to meet at Katherine’s one Sunday morning. Katherine had red hair, was very attractive (even at her advanced age), wore a colorful but tasteful kaftan and took her place at the head of the circle. She was very charming and charismatic. She began to speak in a deep contralto voice (a la superb British actress, Dame Judi Dench). As a matter of fact, she even resembled Dame Judi in appearance. She had a twinkle in her eye and mischief in her heart as she began to state very calmly and matter-of-factly, “There is no death. Life on earth is a school in which we learn to evolve spiritually. The real you is immortal; you couldn’t die if you wanted to!”

Katherine talked about reincarnation, the power of thought, the Spirit World, our planet, our galaxy and the cosmos. Somehow I had a mental checklist whereby, concept by concept presented by Katherine I somehow knew to be true. I was very much in sync with the teachings she imparted.

During the second half of the meeting, Katherine led a relaxation exercise. She then began to perform E.S.P., giving readings to those who were present – there were about thirty-five of us. I did not want a reading, but she delivered E.S.P. to Michele, and she was dead-on accurate. She KNEW what Michele was thinking and feeling and the events that had taken place during the past week. I almost fell off of my chair!

We ended the meeting by singing “Let there Be Peace on Earth”. Katherine held groups at her home that worked for peace, for she believed group thought and prayer were very powerful.

Following the meeting, I decided to make a private appointment with Katherine. There was so much I believed I might learn from this remarkable woman.

I’ll tell you more about my experiences with Katherine in my next blog! Please look for it! It will be available soon! My spiritual journey with Katherine ultimately led me to the release of my new book, Katherine: A Woman of Vision.

My new book Katherine: A Woman of Vision, a biography about my spiritual teacher and guide Katherine Hayward, has been published! You can purchase the book here or check out the Facebook page for more information.