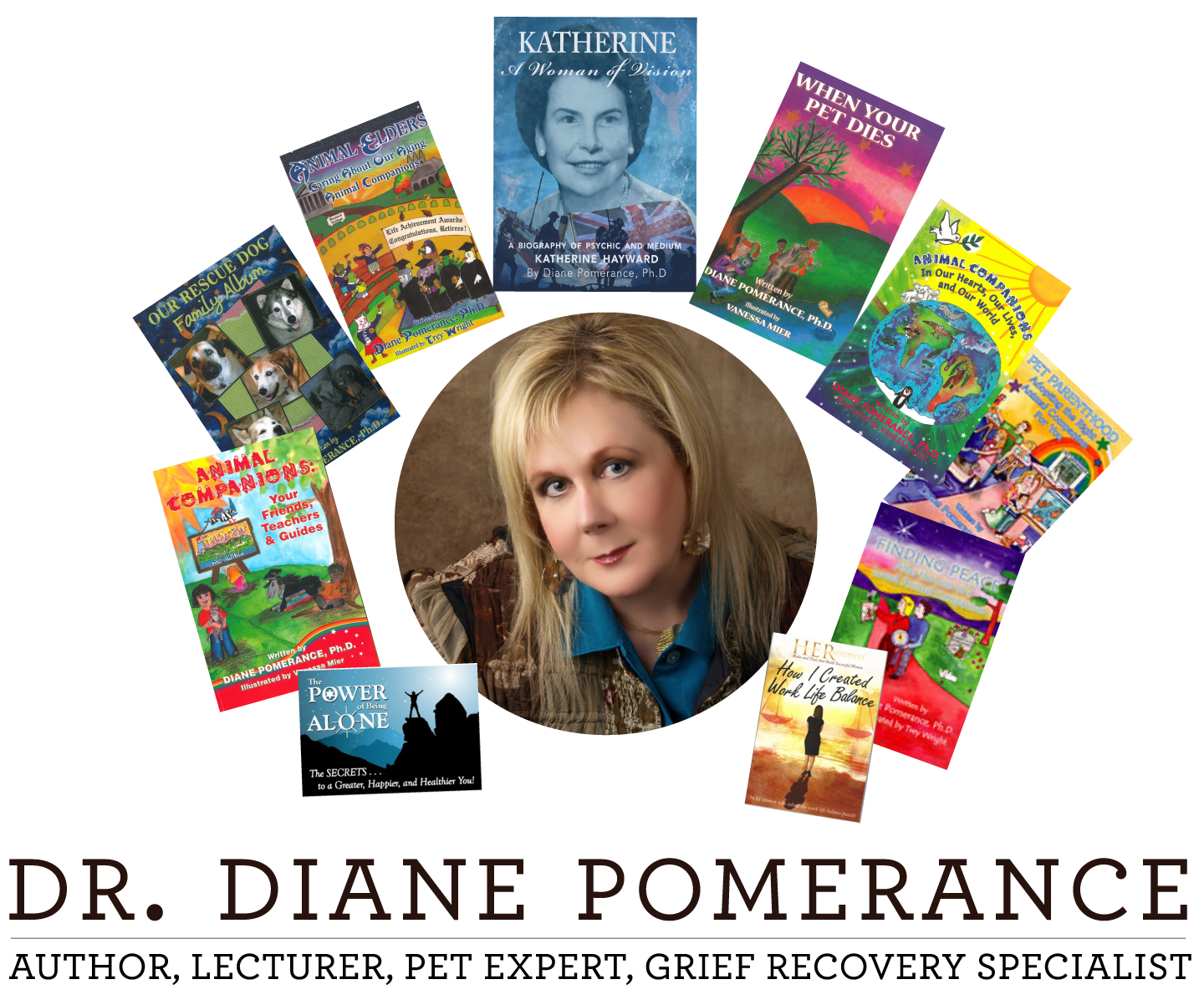 She has also been a guest expert on such nationally syndicated TV programs as “Fox and Friends” “Fox 4 KDFW Good Day”, featured guest on “CNN National Headline News”, Lifetime TV’s “The Balancing Act”, Time-Warner Cable’s “Conversations Cafe”, “The Daily Buzz”, “Montel Williams”, Hallmark Channel’s “New Morning” and “Your Health” as well as a guest on the Dallas/Fort Worth affiliated  network stations and stations throughout the country and Canada.

She and her canine “kids”have been featured in the Dallas Morning News “Metropolitan” section, the cover of City & Country Pets and the cover of the Fort Worth Star-Telegram “Today” section.

“Loss of a Pet” CBS 11 News at Ten with Diane Pomerance, Ph.D, KTVT Dallas/Fort Worth.

“Grieving the Loss of a Pet” via WFAA Channel 8 ABC Dallas with Diane Pomerance, Ph.D.

“Who Let the Dogs Out?” The Pomerance Family and Their Dogs.